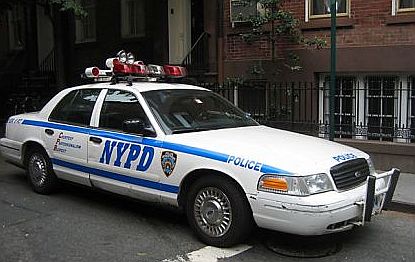 “Our deepest condolences and thoughts and prayers to the families and friends of the two fallen NYPD officers who were murdered by a crazed thug. This incident is extremely disturbing and is an attack on all residents of New York State. These men were heroes trying to protect innocent, honest law abiding citizens and keep us all safe. As legislators, we have a responsibility to support, protect and defend the police officers who wear the blue uniform because blue lives matter,” said Tedisco.

“If it is good enough for high-ranking government officials and dignitaries to ride around in cars with bullet-proof glass, then it should be for our cops who put their lives on the line and are being tracked down and murdered like prey. We are proposing state legislation to begin to retrofit all law enforcement vehicles in New York State with the best protective bullet proof glass for all windows,” said Tedisco.

“We cannot put a price on protecting the men and women who put their lives on the line each and every day to protect us. When our police officers are safer, we are all safer,” said Boyle.

“We provide police offers with bullet proof vests to protect them when they are on the streets patrolling.  We should give them equal protection when they are in their patrol cars. This bill accomplishes that goal,” said Golden, a retired NYC police officer.

“The murders of Officers Liu and Ramos is an absolute tragedy and we must do all we can to prevent another one from occurring.  Bulletproof windows is one common sense and appropriate step in ensuring our police officers have the protection they need and deserve as they risk their lives to serve and protect our communities. In the future, bulletproof windows may prevent senseless assassinations of New York’s finest,” said Malliotakis.