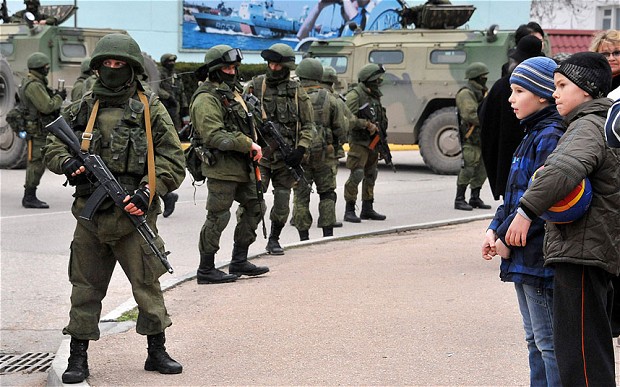 Assemblyman Jim Tedisco (R,C,I-Glenville) today announced he is introducing a resolution urging New York’s entire Congressional delegation to condemn Russia’s invasion of Ukraine and to immediately withdraw its troops from the sovereign nation.

Under orders from Russian President Vladimir Putin, on February 28th, Russian forces entered the Ukraine’s Crimean peninsula – in violation of international law.  The Russian invasion of the Ukraine was a direct response to a popular uprising against the repressive Putin-backed government of President Viktor Yanukovych.

The Ukraine has been an independent republic and separate from Russia since the dissolution of the Soviet Union in 1991.  In recent months, Putin used his influence to force the Yanukovych regime to disavow its ties with the West and the European Union in favor of becoming a Russian ally.

For decades, the Soviet Union ruled the Ukraine with an iron fist, which led to widespread oppression of its citizens including a famine and genocide from 1932-1933.

“I know something about standing up to bullies and what we have in Vladimir Putin is a bully who wants to forge a new Russian Empire. By not taking a strong stand against Mr. Putin’s bullying tactics to repress democracy and invade a sovereign nation, we’re only emboldening his aggression.  My colleagues in Albany and in Washington need to send a clear message that the United States opposes the invasion of any sovereign state and flaunting of international law,” said Tedisco.