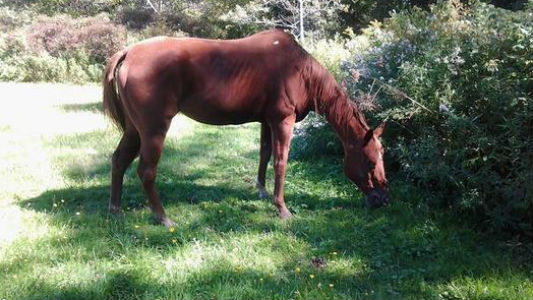 “The murder of Belle was a cowardly and dastardly act by someone who does not respect life.  Anyone who would be so twisted as to kill a horse like this could go on to harm people. Whoever did this should be prosecuted under Buster’s Law to the full extent of the law and then thrown in jail where they can’t harm any other innocent people or creatures,” said Tedisco.

“This underscores why we need a statewide registry of animal abusers, require them to undergo a psychiatric evaluation and prohibit them from ever owning an animal as I have proposed (A.8443). This is also why we are holding our 4th annual New York State Animal Advocacy Day to bring legislators, animal advocates, pet owners, and law enforcement together to call for stronger laws and educate people about the laws already on the books to protect all members of our family,” said Tedisco.

Animal Advocacy Day will be held next Wednesday, May 28th from 9:30 a.m. to noon in the Well of the Legislative Office Building in Albany. The event is open and free to the public. For more information on Animal Advocacy Day, visit www.fb.com/nysanimaladvocacyday.