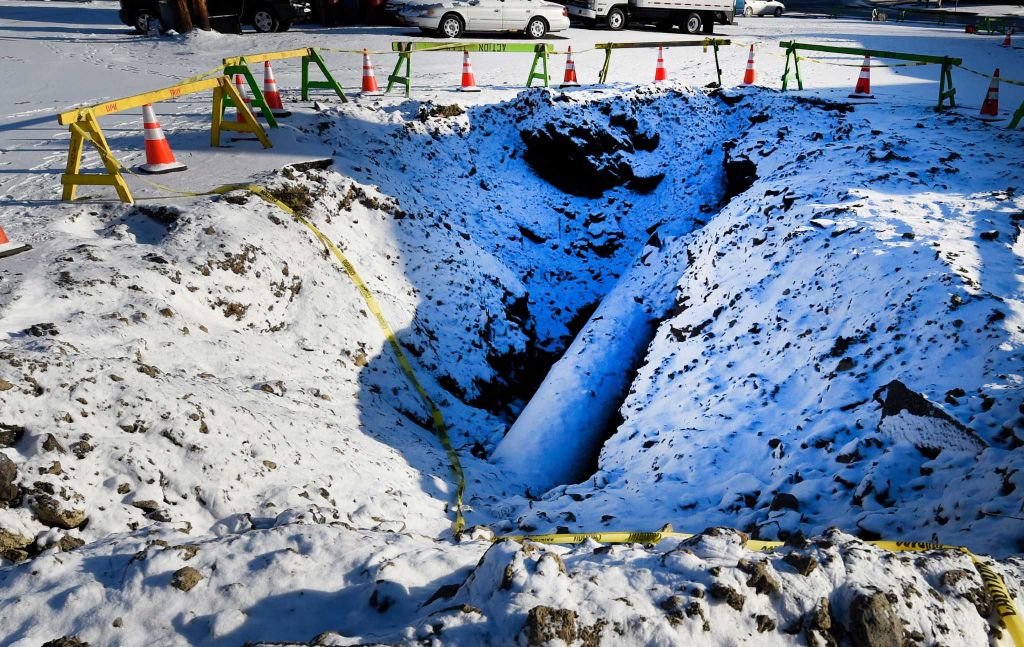 Much of the infrastructure under New York State is aging, and in some cases, dates back to the Civil War. In January, a century-old water main break in Troy caused quite a headache for the Collar City and a ripple-effect for several towns that purchase water from the city who were forced to declare states of emergency to conserve water. Clifton Park has approached Tedisco and McClaughlin seeking support for a program like S.W.A.P. and the City of Troy support efforts to invest in infrastructure.

“One of government’s top priorities is to ensure the safety of our drinking water and sewer system.  Right now, there’s a monster lurking under the aging infrastructure of our towns and cities in New York that can strike at any time and catastrophically impact the safety of our drinking water and the ability of taxpayers to afford the necessary repairs,” said Tedisco.  “Replicating the success of the CHIPS program on the state level to allow local government to S.W.A.P.-out deteriorating drinking water, storm water and sanitary sewer infrastructure makes sense because an ounce of prevention now can save tax dollars later and prevent costly breaks.”

“Throughout New York our infrastructure is in need of major modernization. Too often our cities, towns and villages are forced to make emergency repairs to water and sewer systems. The burden this places on already financially overburdened municipalities is enormous and wreaks havoc with budgets when emergency repairs are needed. The S.W.A.P. program, much like the CHIPS program does, will ensure that our cities, towns, and villages can respond as needed to emergencies,” said McLaughlin.

“Clifton Park fully supports a New York State program that provides annual infrastructure funding shared by each municipality and appropriated through a fair and equitable formula,” said Phil Barrett, Clifton Park Town Supervisor, who conceived of the program. “If municipal leaders received funds annually for infrastructure improvements, we would be able to identify projects and complete engineering studies before the Spring construction season. Multiply this activity across every municipality in New York State and the amount of ‘shovel ready’ jobs would be tremendous.”

“Aging infrastructure continues to be a concern among many cities and towns across New York State,” said Troy Mayor Patrick Madden. “Increased state funding for improvements to our water and sewer systems not only promotes the well-being of our residents but also encourages continued business growth and investment in our communities.”