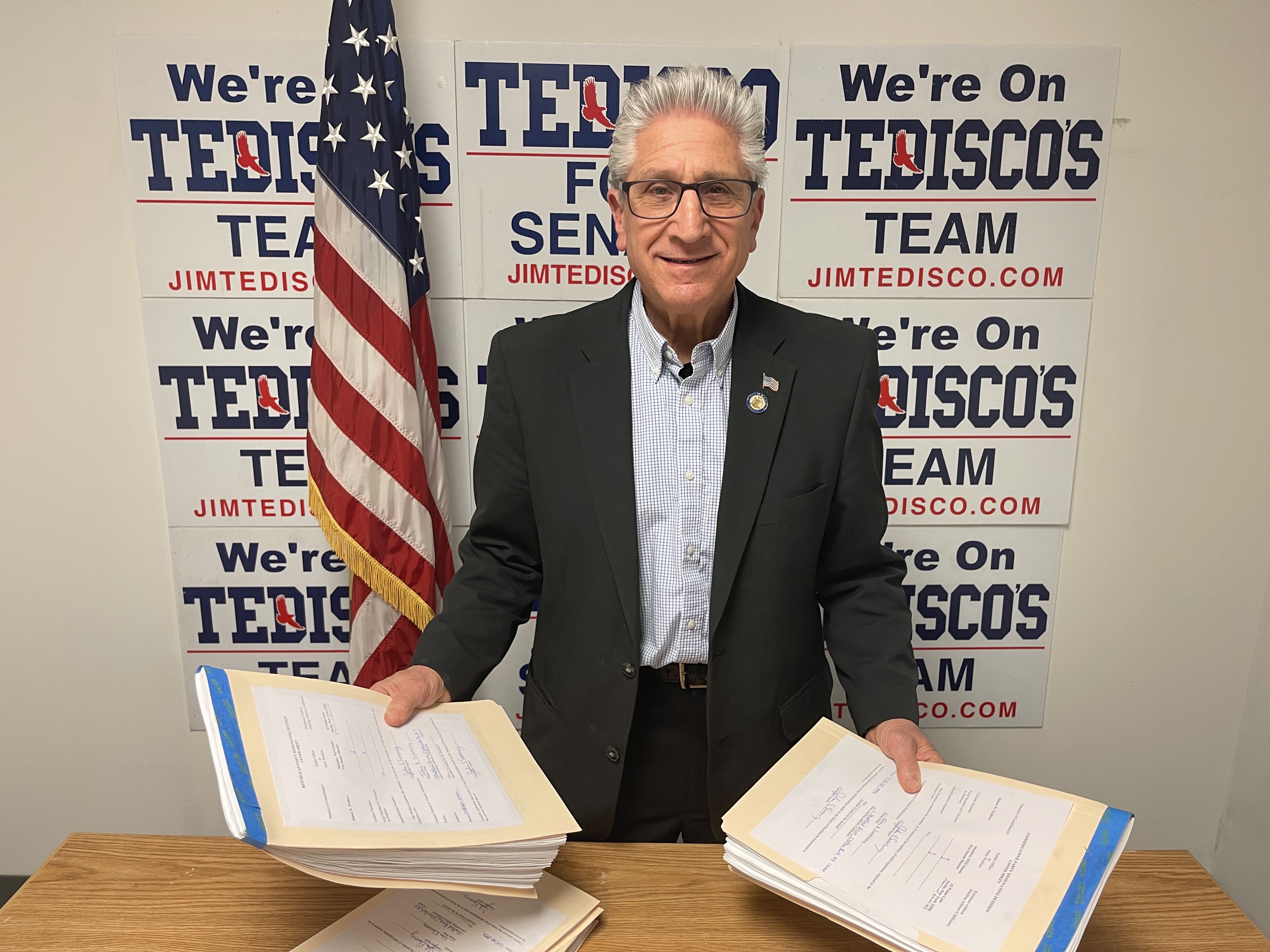 Senator Tedisco also has secured the Republican endorsements from the Fulton, Herkimer, Montgomery and Schenectady County Republican Committees, which is nearly 60 percent of the weighted vote.

“Thanks to the support of 175 volunteers and nearly 5,000 voters from all seven counties in the district who signed my petitions, I am on the Republican ballot for the June 28th Republican Primary Election for the new 51st Senate District! I’m also proud to be the only endorsed Conservative Party candidate and I will be on that line for the November election. I’m especially proud of my 100 percent conservative Republican voting record and look forward to continuing to be a strong voice for the people standing up and fighting the status quo and Albany insiders,” said Senator Jim Tedisco.