Assemblyman Jim Tedisco (R,C,I-Glenville) today is calling on New York’s congressional delegation to prevent the U.S. Department of Education from carrying out a threat to sanction New York schools as punishment for the hundreds of thousands of students who opted-out of grades 3-8 Common Core standardized tests this month.

U.S. Secretary of Education Arne Duncan has suggested that the massive student boycotts of the Common Core tests as seen in New York is unacceptable, and if unchecked, could lead to federal intervention in our schools to ensure test compliance.

In the past two weeks, hundreds of thousands of parents across the state staged a parental uprising against the Common Core curriculum and culture of over-utilization of high stakes standardized tests and exercised their right to refuse to have their children take the grades 3-8 ELA and math exams.

“While the state legislature works to protect the rights of parents to refuse the Common Core tests, we need our congressional representatives to referee on the federal level and send Secretary Duncan a clear message there will be consequences for penalizing our schools. Parents should be the primary decision makers on what is best for their children’s educational futures and not penalized by state and federal bureaucrats,” said Tedisco, a former public school special education teacher.

Assemblyman Tedisco's Letter to Board of Regents Chancellor Tisch

Click the link below to read my letter to Board of Regents Chancellor Tisch on the over-utilization of  Common Core testing:

It’s Earth Day, time for Legislature to harness power of social media to communicate with constituents and save tax dollars, paper and ink-filled cartridges from landfills

In celebration of Earth Day, Assemblyman Jim Tedisco (R,C,I-Glenville), the driving force behind passage of Proposition 2 to allow digital copies of bills to suffice, today announced he has a new mission: save tax dollars and the environment by having the Legislature stop producing taxpayer-funded legislative mailers, known as “frank mail.”

Each year, Assembly members are given a budget of about $39,000 for legislative postage and printing – much of which goes to sending direct mailers that look similar to political campaign advertisements to thousands of constituents in each of the 150 Assembly Districts.

Tedisco has not sent a single bulk frank mail piece since 2010. The Legislature could save millions of dollars each year by following his lead.

“Political cynicism at its worst.”

“All about covering their backsides from angry parents and teachers after passing a terrible state education budget bill in the dark of the night that doubled down on Common Core standardized testing.”

“Incompetent plagiarism” and a “one-house bill that’s going nowhere fast,” those are the nice things Assemblyman Jim Tedisco (R,C,I-Glenville) is saying about Common Core opt-out legislation sponsored by Assembly Education Chair Catherine Nolan (D-Queens). Nolan’s bill passed the Education Committee today and is being fast tracked for passage in the Assembly despite the fact that it currently has no chance of becoming law.

Tedisco, a former public school special education teacher, is the sponsor of the bi-partisan Common Core Parental Refusal Act (A.6025/S.4161), to require that school districts notify parents of their rights to refuse without penalty to have their children in grades 3-8 participate in the Common Core standardized tests.

Nolan’s bill (A.6777) enables children to be exempted from the tests but it does not require schools notify parents of their right of refusal without penalty as Tedisco’s measure does. Her bill only has Democrat sponsors and does not have a Senate companion. 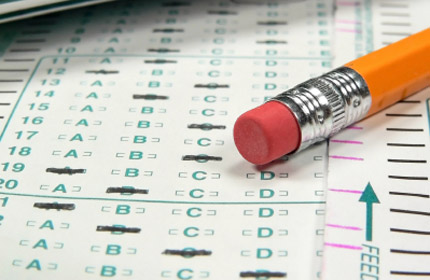 Assembly members Tedisco, Graf, Ra say Assembly Majority more interested in “symbolism over substance” and covering backsides after voting for budget that’s outraged parents & teachers than informing parents of their rights to refuse to have their kids take tests

Assemblyman Jim Tedisco (R,C,I-Glenville), Assemblyman Al Graf (R,C,I-Holbrook) and Assemblyman Ed Ra (R-Franklin Square) today called on the Assembly Majority to get serious about the impending Common Core standardized testing crisis in our schools and convene a special session before the first round of tests begin on April 14th to ensure parents know about their rights to have their children refuse the tests.

Children in grades 3-8 across the state next week will begin to take state math and ELA tests that are leaving thousands of parents asking questions about how they can opt their kids out of the exams and what consequences and protections there are -- if any -- for them, their teachers and schools if they do so.

On April 2, two days after Assembly Education Committee Chair Catherine Nolan (D-Queens) spent over 6 hours defending a state budget bill that doubled-down on the state’s reliance on Common Core standardized testing to evaluate teachers and students, quietly introduced a one-house bill (A.6777) to allow parents to exempt their children from these tests.  All the sponsors of Nolan’s bill, save for one, voted for the widely criticized state education budget bill.

The Legislature is not scheduled to return to session until April 21st.  The first round of grade 3-8 state tests starts April 14th. 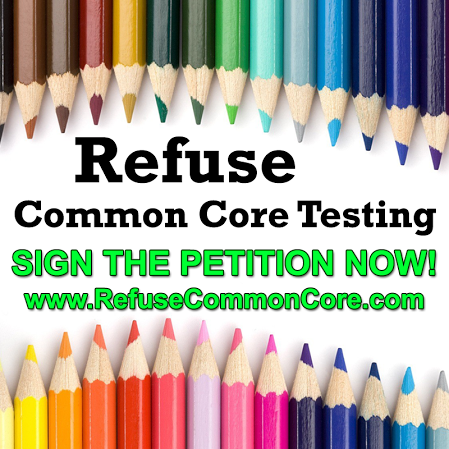 The legislation has Republican and Democratic sponsors in both houses of the legislature. Tedisco is the prime sponsor of the bill in the Assembly and Murphy is the chief sponsor in the Senate.

“The Common Core standardized high stakes tests are making too many children feel like they’re just another brick in the wall instead of empowering them to love learning. We need to bring common sense to Common Core because New York is wasting too much time and money stressing children out to prepare for these tests which are of questionable educational value instead of focusing on supporting teachers so they can do their job and teach children what’s really important,” said Assemblyman Jim Tedisco, a former public school special education teacher and guidance counselor. “The Common Core Parental Refusal Act protects the rights of parents to have their children refuse to take these high stakes tests and it ensures that students, teachers and schools are not penalized or rewarded for participation – or lack thereof – in the exams. By their refusal, parents can make themselves a part of the discussion as it relates to the future of education and their children in New York.”

Assemblyman to bring to the Floor of the Assembly a Rules Reform Amendment to stop major legislation like Pension Reform, Teacher Evaluations, SAFE Act & state budgets from being passed in the middle of the night

Assemblyman Jim Tedisco (R,C,I-Glenville), today will offer an amendment to reform the rules of the New York State Assembly to stop major legislation like pension reform, teacher evaluations, the SAFE Act and state budgets from being passed in the middle of the night away from public viewing.

Tedisco’s resolution would amend section 2 of Rule II of the Assembly to require a two-thirds majority of members to go into session between the hours of 12 a.m. and 8 a.m.

“Famed writer Bob Woodward once said the worst thing we have to fear as Americans is ‘secret government because in darkness democracy dies.’ In wartime, sleep deprivation is a tool armies use to confuse their enemies. The Majority and Minority of the legislature and the Governor may have differences of opinion but we are not enemies and should not be working in the middle of the night out of the view of our constituents and the media,” said Tedisco.

Assemblyman Jim Tedisco (R,C,I-Glenville), who was the top vote getter in the Assembly on the Stop Common Core ballot line in 2014, today announced new legislation he is introducing, the “Common Core Parental Refusal Act” to require that school districts notify parents of their rights to refuse to have their children in grades 3-8 participate in the Common Core standardized tests.

Both parents and teachers have expressed concern over the over-testing of children in New York in regards to how the new Common Core standards are being applied along with the high stakes associated with the results of such tests. Chief among those complaints is that teachers are being forced to spend an inordinate amount of class time “teaching to the test” instead of engaging students in true learning.