Ball & Tedisco: “It Should Be a Felony to Callously Leave Dogs Out in the Freezing Cold with No Place to Stay Warm” 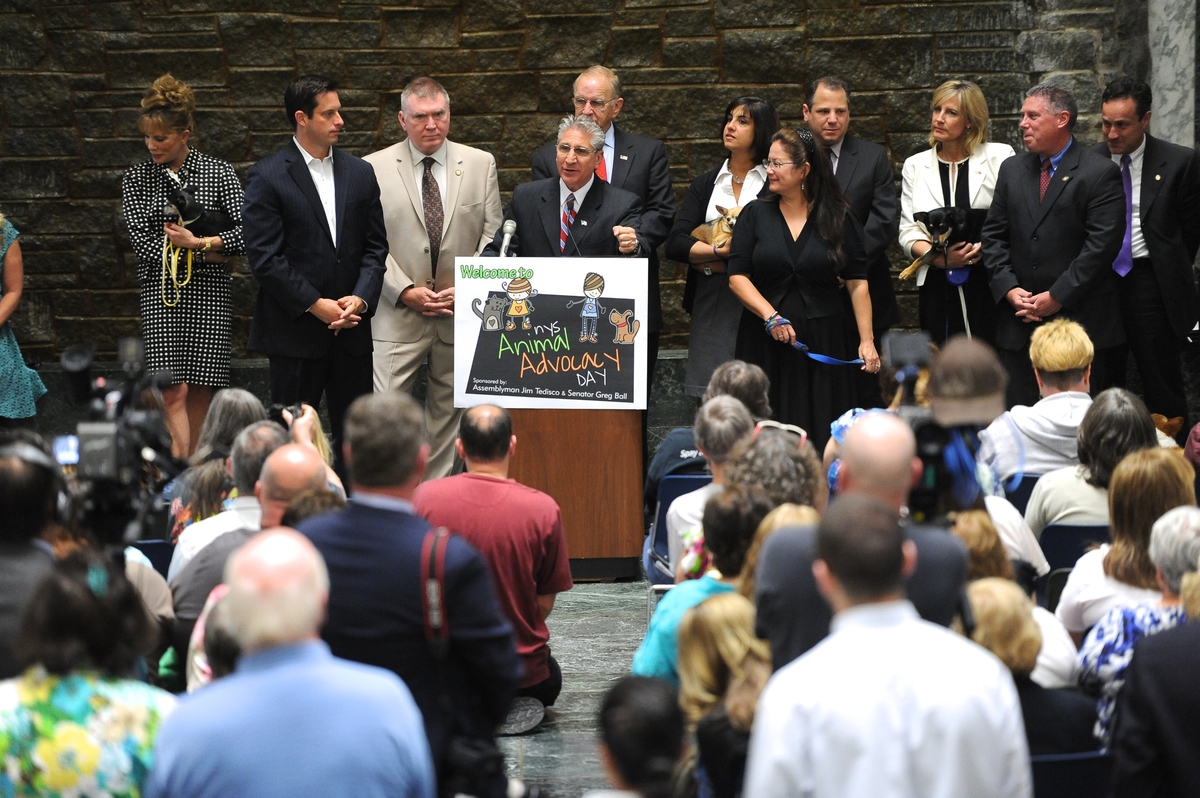 Assemblyman Jim Tedisco (R,C,I-Glenville) and Senator Greg Ball (R,C,I-Patterson) today called for tough new legislation to protect our companion animals from being left outside in the freezing cold all day and night like what was occurring in the puppy mill in the town of Sprakers in Montgomery County.

The new legislation, which is being drafted, will make it a felony for intentionally failing to provide adequate shelter for a dog. The owner of the puppy farm in Sprakers was only charged with a violation of the state’s Agriculture and Markets Law, which caries a maximum fine of $100.

Ball and Tedisco’s legislation will make state law on this fall into line with the punishment for Buster’s Law which is punishable with up to two years in prison and a $5,000 fine.

On Friday, Governor Cuomo signed legislation that was co-sponsored by Ball and Tedisco (A.740A/S3753A) to enable local governments to regulate pet dealers and puppy mills.

“I am glad to hear that Governor Cuomo has signed legislation that will allow local governments to enact stricter animal abuse laws. However, there is so much more that still needs to be done. I am extremely disappointed at Senator Tkaczyk, who represents the very district containing the puppy farm, for voting against this bill to protect the health and safety of animals across New YorkState. Now it seems, in a political effort to save face and spin the story, Senator Tkaczyk has introduced legislation to upgrade this charge from a violation to a misdemeanor, but all animal advocates know that a misdemeanor is simply not enough to stop these widespread abuses! Only a felony will send a strong enough message that animal abuse will not be tolerated in New YorkState,” said Senator Greg Ball.

“Leaving a dog outside in the extreme cold to live in a barrel is no way to treat man’s best friend. The punishment for leaving a dog out in the freezing cold to potentially die should be beyond a mere slap on the wrist, pay your fine and go back to your puppy mill to extract more blood money. It should be criminal. The legislation Senator Ball and I are putting forth seeks to modernize this anachronism in our state’s animal cruelty laws and ensure we can better protect those who have no voice – our companion animals – from abuse and neglect,” said Assemblyman Jim Tedisco, the driving force behind passage of Buster’s Law.

Tedisco and Ball also announced that the 4th annual NYS Animal Advocacy Day will be held on Wednesday, May 28, 2014 in the Well of the LegislativeOfficeBuilding. More details about the event will be announced in the coming weeks and months.