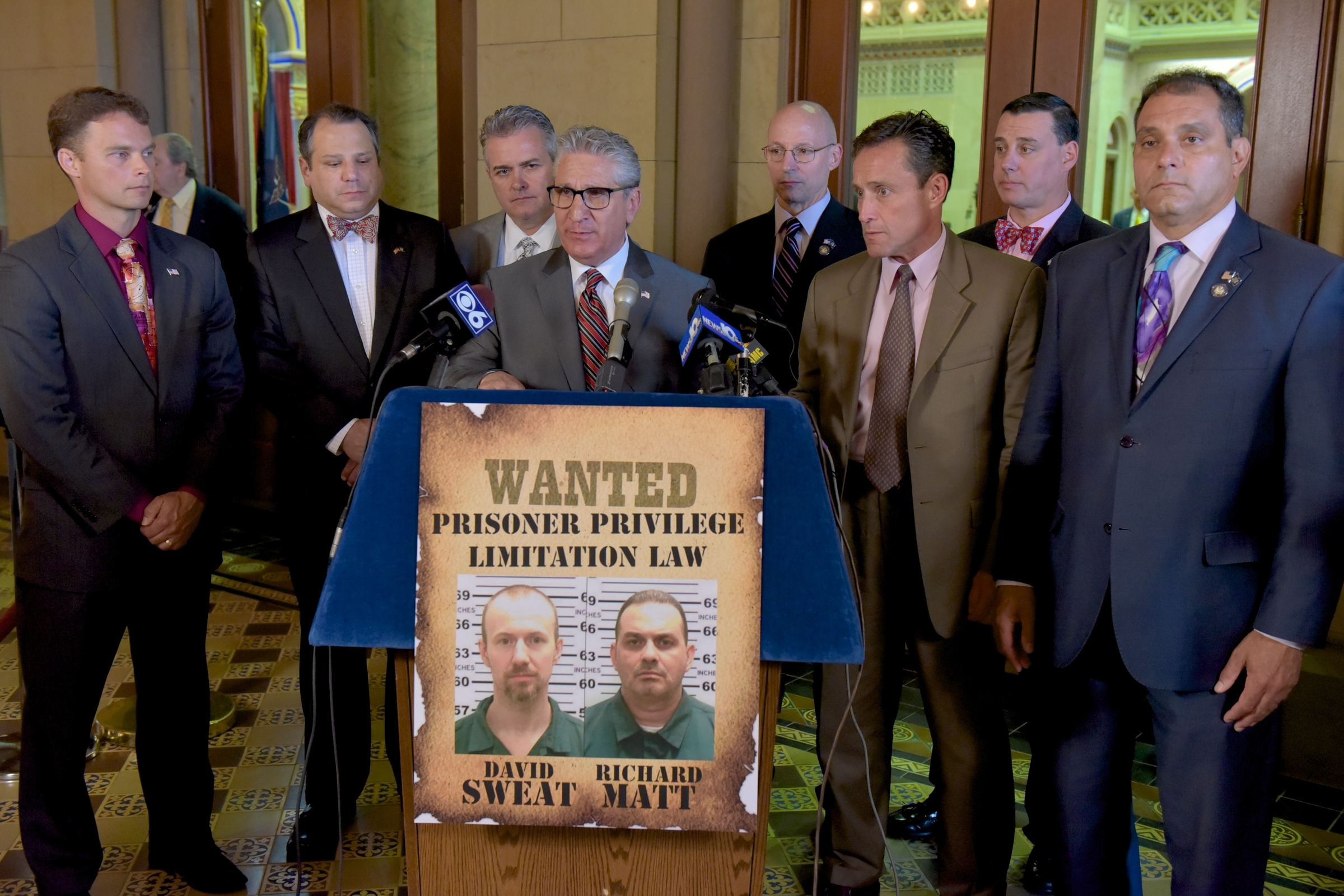 David Sweat and Richard Matt, both brutal murderers, lived on the “honor block” at the Clinton Correctional Facility as a reward for “good behavior.” The “Dannemora Duo” were allegedly allowed to wear regular clothing in addition to their prison attire and worked with civilians at the prison’s tailor shop where they befriended Joyce Mitchell, who allegedly helped the killers escape from the maximum security prison.

Tedisco and his colleagues are seeking to prevent the worst-of-the-worst violent convicts from having unfettered access to civilians at prisons and being able to wear civilian clothing while incarcerated.  The legislation, (S.5978/awaiting Assembly #), would take away a portion of the good behavior rewards program only for criminals convicted of the most serious violent crimes such as murder and rape.

Providing inmates with the opportunity for expanded privileges for good behavior is appropriate but it should not be limitless. Incentives for good behavior like courtyard time, commissary activity and TV usage would still be available under this law for these violent convicts – they just can no longer have unguarded access to civilians or possess civilian garb.

“The Dannemora Duo and those convicted of similar violent crimes are heinous individuals. When you allow these kinds of diabolical inmates access to civilians they will scheme and find some way to use their criminal minds to gain leverage over these people so they can commit more crimes.  Murderers and rapists should not be able to wear civilian clothes or spend time alone with civilians so they can hurt someone else or plot a prison break,” said Tedisco.

“It seems obvious given the escape of two murderers from Dannemora prison after they allegedly influenced a civilian employee, that much stronger regulations are required to prevent this from ever happening again. Preventing unfettered access to civilian contractors by the worst of the worst prisoners will be a substantial step in ensuring that another Dannemora does not happen again,” said McLaughlin.

“All of us want to believe that people who have gone to prison can somehow find their way to becoming a peaceful, productive member of our community. The standing questions remain who should be eligible” said Lopez.  “I understand the Honors Program has been effective in encouraging inmates to model good behavior. It has not considered the background of individuals, the crimes committed, and the potential for people to reasonably rehabilitate. The recent escape from Dannemora makes the need for changing the program all too clear.  We need to make sure public safety remains our highest priority.”

“Our top priority must be to keep our corrections officers and all prison workers safe and I believe that this is a step in the right direction,” said Murray.