Tedisco Demands Justice for Abused Dog, Removal of Judge Who Gave “Get Out of Jail Free Card” to Convicted Animal Torturer 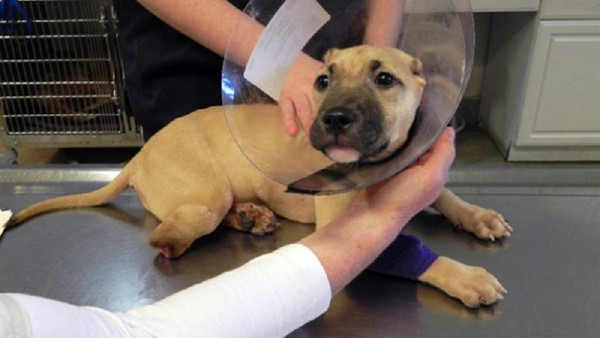 Tedisco also says this incident underscores the need for passage of his statewide animal abuse offender list to ensure convicted abusers can never own a pet again.

In a case that has stunned and outraged people across the state, a 34-year-old kennel worker in Nassau County with no medical training or experience, cut off the ears and leg without anesthetic of a puppy named “Miss Harper.” The man plead guilty to three felonies and two misdemeanors.

Buster’s Law, which this abuser plead guilty to, is the felony crime of aggravated cruelty to animals and is punishable by up to two years in prison and a $5,000 fine.  In January 2016, the FBI will be moving animal cruelty to a top tier Group A offense in its crime reporting statistics due to it being a bridge crime as animal abusers can, and often do, go on to harm people. There is a direct correlation between animal cruelty and domestic abuse.

While the judge said he “abhorred” the defendant’s actions, he nonetheless allowed him to leave the state and move to Georgia without any jail time, probation, or fine, sentencing him to a conditional discharge -- essentially giving the animal abuser a get out of jail free card.

“This is a disgrace and the Judge should be taken to task for it. The judge, unlike the dog, is still lucky to have his ears, but unfortunately he still does not hear or see the travesty of this decision. Sadly, we can have the toughest laws in the world but clearly those who are charged with enforcement of the laws and penalties are failing our animals,” said Tedisco.

“It's deflating when people work so hard to pass stronger laws to make people and pets safer and then a few people entrusted with enforcing the laws of the State of New York turn justice upside down and turn a blind eye to animal cruelty and neglect. That's not justice. That's injustice!” said Tedisco. “We're not giving up on our efforts to protect those who have no voice, our companion animals.  That's why I'm calling upon our judicial process and the NYS Commission on Judicial Conduct to look at sanctioning or removing this judge because he doesn't have one iota of understanding what justice is all about,” said Tedisco.

Tedisco also is calling on state legislative leaders to bring to the floor statewide animal abuse offender list legislation (A.2484/S.2935) he has authored that would guarantee convicted animal abusers can never adopt or purchase an animal again and that they receive psychological evaluation and treatment. The bill, which has Majority sponsors in both houses (Assemblywoman Didi Barrett is carrying it in the Assembly and Senator Phil Boyle has it in the Senate), has twice passed the Senate.

Nassau County, Albany County, Orange County, Ulster County, and Niagara County have each passed their own animal abuse registries but without a statewide law, offenders can just obtain a pet from a county that has not passed its own local law.

“If a statewide registry was in place, at a minimum, the felon in this case would at least have been banned for life from ever owning a pet again if he returned to New York. The statewide animal abuse offender list is as much about protecting people as it is about protecting our pets because animal cruelty is a bridge crime and anyone who would commit a crime as dastardly as harming a defenseless animal could go on to hurt our human loved ones,” said Tedisco.