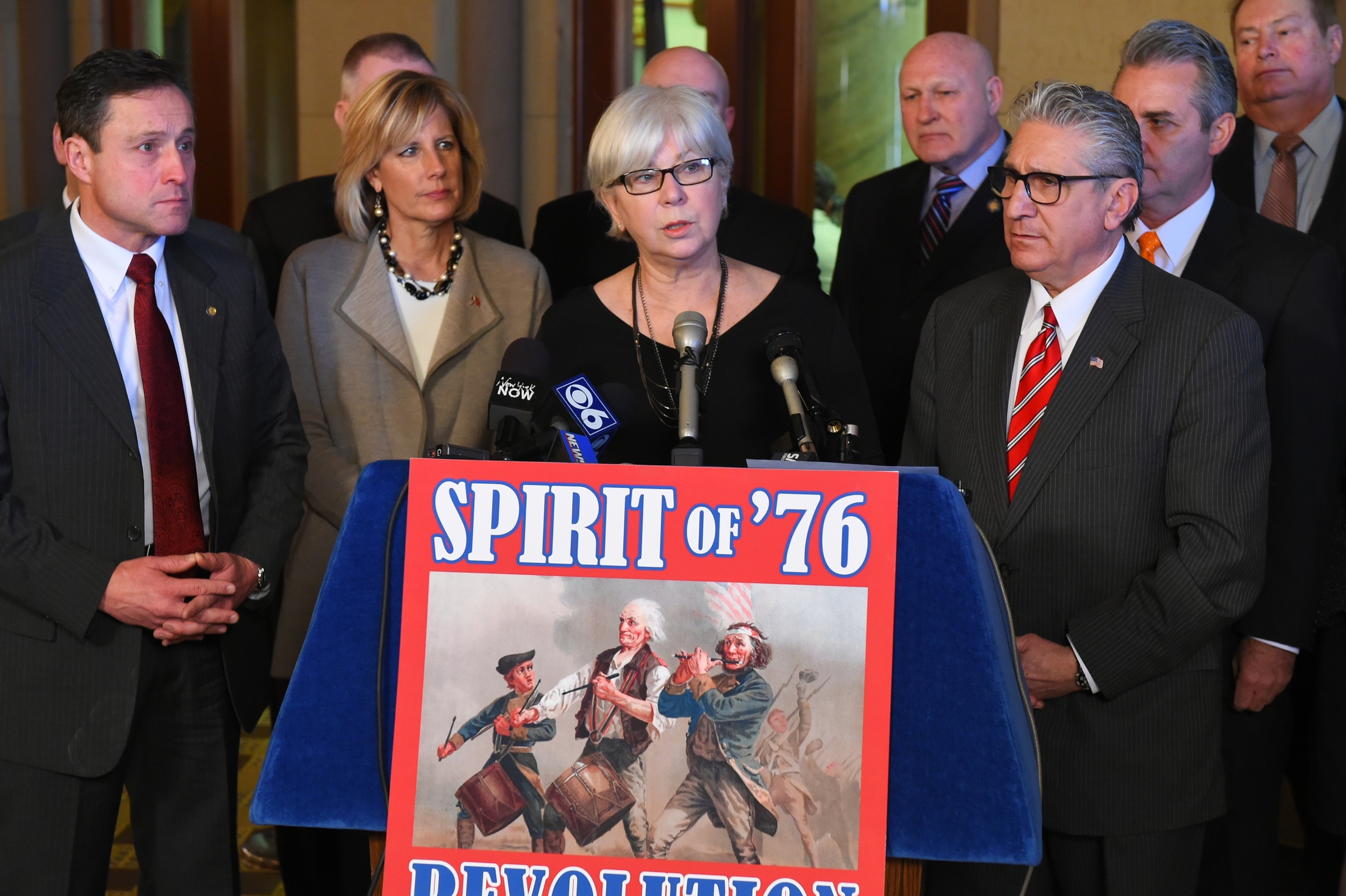 Currently, the Speaker and the Senate Majority Leader hold enormous power to abuse the system and stop bills from coming to the floor even if they are mathematically sponsored by a majority of members from each house of the legislature (76 out of 150 in the Assembly and 32 out of 63 in the Senate).

“Clearly, public corruption is not a partisan issue and the solution must be bi-partisan in nature. As my colleagues point fingers at the powerful leaders and lay the failure to change the system on them, those fingers point back at themselves.  Unless rank and file members are willing to take back our state government for the people, we won’t be doing all we can to stop corruption. Our representative democracy was started by a revolution in 1776 against the tyranny of a king.  Today, we have a state legislature that has enabled leaders to act like despots by ceding too much power to them for far too long. The New York State Capitol is still the people’s house and not a castle for kings.  It’s time rank and file legislators recaptured the ‘Spirit of ‘76’ and restored that house to its rightful owners,” said Tedisco.

“No one legislator should be able to wield political power that holds up common sense legislation. Sheldon Silver toyed with us for an entire session, ultimately refusing, on the very last day, to allow Jenna's Law onto the floor for a vote we knew had strong bipartisan backing. I support this ‘Spirit of 76’ bill being advanced by Assemblyman Tedisco and his colleagues. It will prevent others from being held hostage by an individual with power and will give our Assembly representatives the opportunity to use their collective voices to advance good legislation, promoting bi-partisan action and protecting our citizens,” said Grieshaber-Geddes.

“The bill represents the crux of our democratic process. There’s no reason that legislation supported by over half the lawmakers in one chamber should be kept from a vote on the floor. Too often, entrenched committee chairs in the Assembly block bills from a full vote because they are afraid of the consequences and simply serve as pawns of the speaker. This legislation benefits both parties in both houses equally. It streamlines the legislative process by limiting the control of lobbyists and special interests who block specific bills from becoming law despite having sponsorship from the majority of lawmakers,” said McLaughlin.

“We are a legislative body made ‘of the people, by the people and for the people.’ It is in that spirit that we as members of the New York State Assembly must bring important issues to the floor that directly impact the people we are elected to represent,” said Lopez. “However, abusive leadership in the Assembly consistently keeps important pieces of legislation from ever coming to the floor for a vote, thus blocking issues that are important to residents across New York State while only promoting issues that leadership sees fit. The ‘Spirit of ‘76’ bill (A.8658) takes aim at ending this practice by mandating that any bill with 76 or more sponsors comes to the floor for a vote. It is the duty of this Assembly to do what is in the best interest of all New Yorkers and I hope to see this bill passed by this house, this year.”

“We usually attribute the gridlock in our government to the usual suspects: political polarization or philosophical disagreements. Yet not even political consensus on an issue is guaranteed to result in anything getting done. Leadership’s unchecked power to pick and choose which bill gets brought to a vote undermines the principles of a democratic-republic. Even with majority support, a bill can be purposefully left to die in committee. That is why it is so crucial for the New York Senate to amend its constitution so that, if a bill gets a majority of members to co-sponsor it, a vote is automatically triggered. This reform is crucial for letting good bills become law,” said Avella.